I came across this article on Reuters the other day. Can you imagine how all those people who were depending on the governemnt for their pension feel?

It makes me sad. 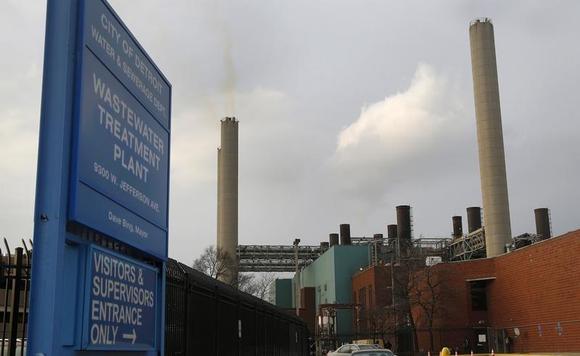 A view of the entrance to the City of Detroit Water and Sewerage Wastewater Treatment Plant on Jefferson Avenue in the Delray neighborhood of Detroit , Michigan December 13, 2013.

(Reuters) – Detroit’s emergency manager expects the city’s $18 billion bankruptcy plan to win court approval by the fall despite obstacles such as a dispute over swap agreements and a vote by retirees on the plan that could potentially slow or derail the process.

The Motor City filed for bankruptcy more than a year ago in the largest municipal filing in U.S. history, pitting pensioners against bondholders and threatening the city’s world-class art collection with liquidation.

“We hope to have the hearing completed by the middle of August or so,” the state-appointed manager, Kevyn Orr, said on Monday during an event on Detroit’s historic bankruptcy filing at the Manhattan Institute.

“The court would either approve or disapprove – we hope it’s going to approve – that plan after the hearing in August, hopefully by the fall,” Orr said at the conference, which also featured Michigan Governor Rick Snyder.

A U.S. Bankruptcy Court under Judge Steven Rhodes is hearing the case.

Among the many obstacles the city must navigate are swap agreements that Detroit entered into with banks to hedge against interest rate risk. Orr is currently seeking court approval for an $85 million deal to settle those agreements after a judge rejected two previous deals because they were too expensive for the city.

However, any deal will likely face opposition from Syncora Guarantee, a lawyer for the company has said. Syncora insured some of the city’s pension debt associated with the swaps.

“They have an opportunity to file their objection and the court is going to hear this,” said Orr on the sidelines of the conference. “Hopefully third time is a charm.”

On Monday, the Detroit News reported that about 32,000 municipal retirees and beneficiaries will soon vote on the restructuring plan and will receive ballots before April 28.

Orr spokesman Bill Nowling said the unusual balloting process will be filed with the courts “as soon as it is ready.”