FCP 052: Real Estate Without Houses – How To Make Big Money On Land Without A House 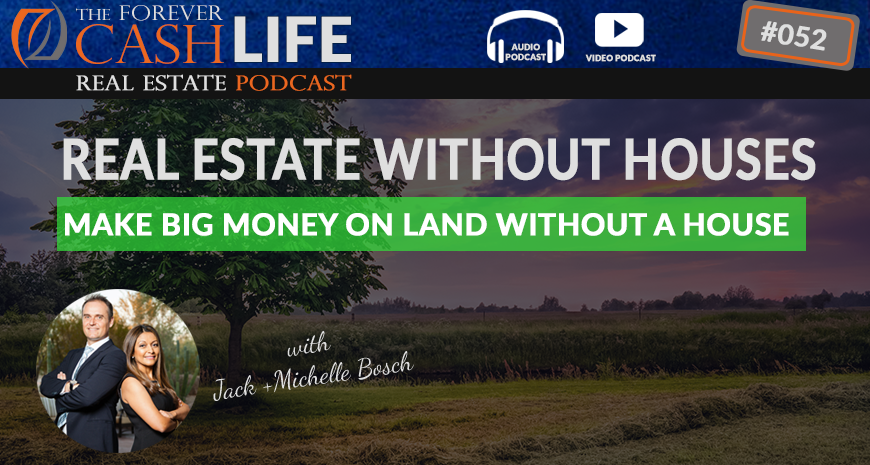 So there are so many different things that you can do with land and make tons of profits. And the biggest advantage to lots and land is that there’s almost no competition. So, if you want to make big money in land without ever having to show a house, this episode is for you.

Mentioned in this episode:

Land is much simpler than houses

Have all your fixed costs covered just by land payments